Crowded Kitchen has been clear in their message regarding inclusion and showing to have a space where racism, sexism, and ableism aren't tolerated. 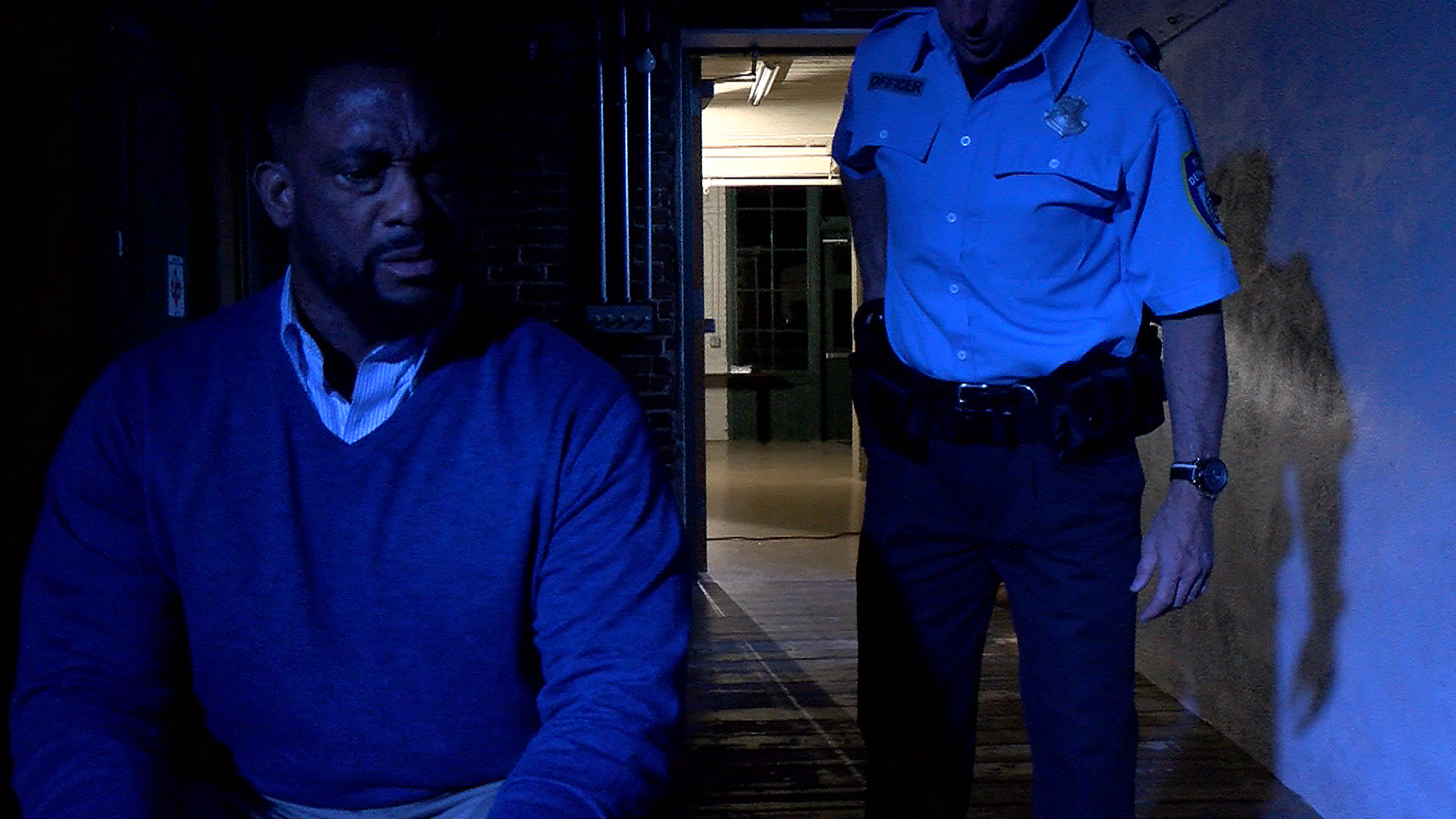 The fourth episode of “Dogcatcher,” an original play being presented by Crowded Kitchen Players virtually as part of the “Live from IceHouse Tonight” series, brings the undercurrents of racism in a small Pennsylvania town to the surface as a black man runs for mayor in a predominently white town.
William Alexander continues his strong portrayal of Xavier Books, the popular winning high school football coach in Breezywood.
The episode is the fourth of a seven-part series streaming on Youtube Thursdays.
Things begin to heat up as the determined Xavier starts to campaign for mayor with decidedly negative reactions from his fellow residents.
He is called into the superintendent's office, where the superintendent, played with grim resolve by Pamela Wallace, starts by trying to dissuade Xavier’s mayoral plans with comments that it would “be disruptive” to his coaching duties and a waste of time since he “can’t possibly win.”
When he retorts that the more push back he gets, the more he feels he’s “gotta see this through,” she resorts to outright threats of being fired if he doesn’t stop (after the big game, of course.)
Director Ara Barlieb uses Xavier’s speaking directly to the audience effectively as he reveals he has been getting a lot of disturbing phone calls since he started running.
When he stops by his girlfriend Laurie’s home, she is frightened, telling him she also has gotten strange calls and a threatening package.
Xavier heads to the local bowling alley to confront the current mayor, played gruffly by David Oswald and the other men of the town.
Giving the confrontation valuable context, Xavier tells the audience about the 1968 Orangeburg Massacre, when police opened fire on South Carolina State University students who were protesting segregation at the All-Star Triangle Bowling Lanes. Three young me were killed and 28 wounded.
“Bowling and black men never have seemed to be a good mix,” Xavier notes.
When he almost erupts in anger, a flashback of his wise grandmother (Florence Taylor) stays his hand.
Then as the episode ends, we learn, because of a rainstorm, the underdog Breezywood Rebels football team won over its bigger rival and are going to the state finals for the first time, definitely changing the play field for Xavier.
Barlieb continues to make good use of Bethlehem’s Icehouse at which the play is filmed. Outdoor scenes against the brick walls are well done. Particularly good is the bowling scene with Oswald rolling a bowling ball giving a realistic feel.
Also continuing with strong effect is Barlieb’s decision to preface scenes with short clips from Klu Klux Klan leaders he filmed at a national rally in Snyder County for a 1990 documentary on bigotry.
The clips are juxtaposed with scenes of townfolk mingling at a party and using language that is just like Klu Klux Klan comments.
The remaining episodes will be streamed Thursday evenings at 8 p.m. 12, 19 and 26 on both the Live from IceHouse Tonight's Facebook page and YouTube channel.
The episodes are free, but donations to Crowded Kitchen Players or The IceHouse Tonight will be gratefully accepted.
Episodes will be archived on Youtube and Facebook pages after the premiere.
For information, go to www.facebook.com/icehousetonight.