How the scales of justice always seem to tip in favor of the rich and powerful is the premise of the intriguing new comedy “Corner Booth” being presented by Crowded Kitchen Players at the Charles A Brown IceHouse, Bethlehem.

The action takes place in a little pub where those who don’t want to be seen go to get drunk and make plans for their next unsavory deal. The characters are a group of the mostly unlikable powerbrokers who make all the rules (and manipulate the rules for their own benefit.)

The play presents a corrupt political system that is unsettling and disturbing in its normalization. 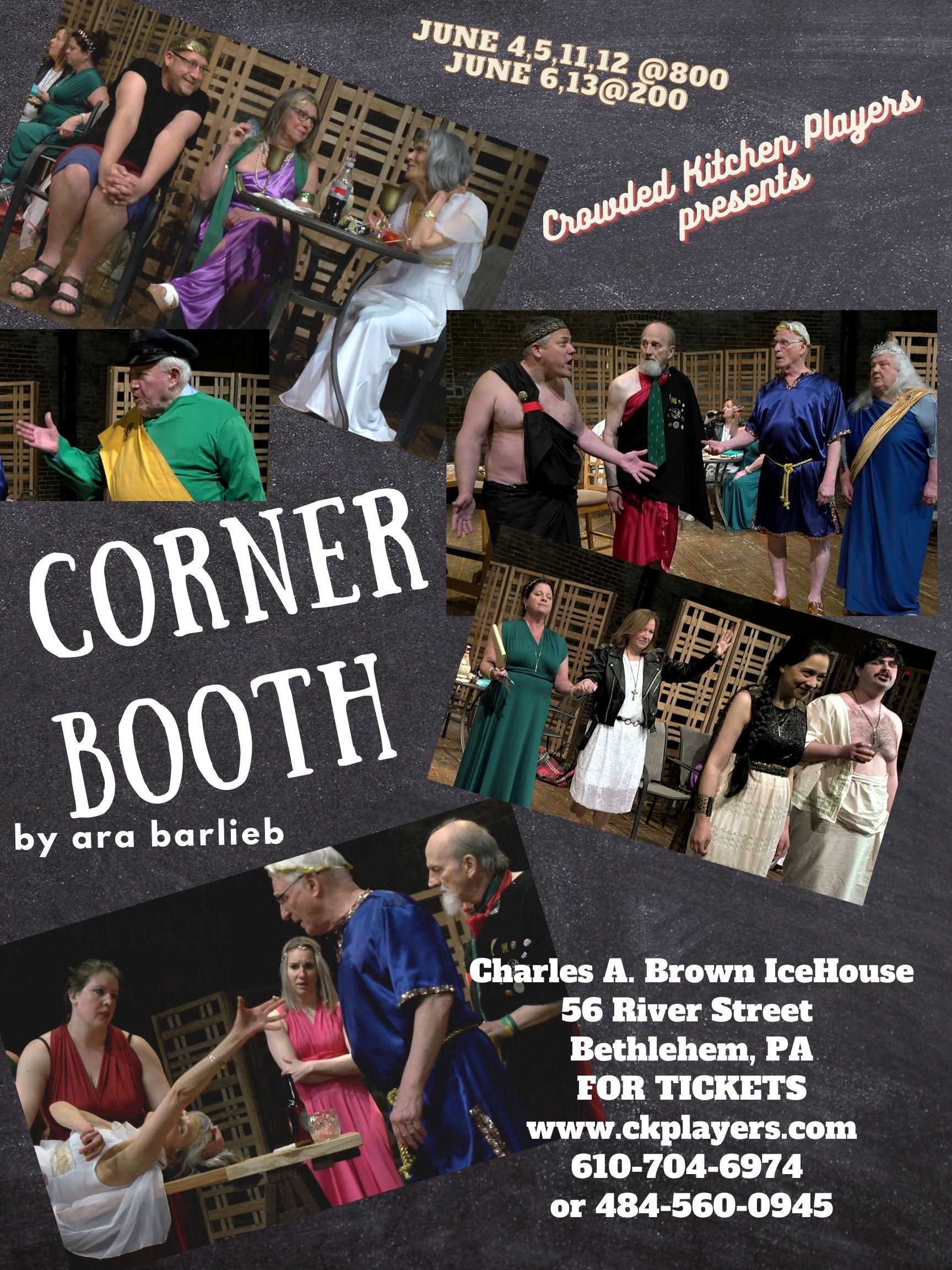 Leading the pack is the unapologetically amoral county executive Ellie Snyder, played with steely self-possession by Trish Cipoletti. Cipoletti’s single-minded ruthlessness as the selfish Ellie is so extreme it would be funny if it wasn’t so obviously destructive.

Cipoletti thoroughly nails the executive’s extreme narcissism and her descent into inebriation as the night wears on.

David Oswald is utterly smarmy as the manipulative district attorney Carl Armstead. Although he claims to not be entirely corrupt, he takes the most aggressive action directing things to turn out in what, in his view, is the best way, despite the collateral damage it will cause.

Sharon Ferry is strident and terrified as a common pleas judge who is caught in illegal and unethical dealings in court. Her bribe-accepting cohort is more understated as played by director and writer Ara Barlieb, filling in for Bruce Brown who was ill. oz dawn

Melissa Dorflinger makes her newly minted public defender bubbly, though air-headed, but who, like the others, will drop any qualms she has to advance her own interests

As Molly’s daughter Heather, who has been in and out of high-end rehabs, Dawn Daignault is a cynical realist who won’t hesitate to take advantage of a situation.

Donald M. Swan Jr. and Billy Erlacher make brief appearances as ineffectual officers of the law who both are overpowered by the shady machinations of the politicians.

Brian Wendt is the one appealing character as the hard-working, hapless barkeep Todd, whose naivete ultimately leads to his own tragedy.

Barlieb’s direction keeps the action bouncing between the messy groups of drinkers in the simply appointed set of a neighborhood bar. The choice to clad the cast in Greek togas gives the play a slightly off-beat vibe.

The language of the script is coarse, and the subject matter is mature and often gritty.

Tickets are $15. Seating is general admission.

Tickets are available at www.ckplayers.com/tickets or at the door.